Today's top tier smartphone cameras use a variety of techniques to produce consistently high-quality images under non-ideal conditions. One such technique is optical image stabilization (OIS), where the camera rapidly adjusts its optical path in real time to correct for a shaky hand or bumpy car during long exposures and video capture. In conventional smartphone OIS, the lens barrel is shifted laterally to keep the image static on the image sensor. With the iPhone 12 Pro Max, Apple has taken a different approach, and instead shifts the image sensor itself. Thus the name, 'Sensor-shift' OIS. The primary advantage of this is that the image sensor is much lighter than the lens barrel, so shifting the sensor results in more reactive and precise stabilization. Further, lens barrel-based OIS cannot correct for camera "roll" rotation, that is, when the user inadvertently twists the camera around the optical axis while shooting.
Then why has OIS traditionally been achieved by shifting the lens barrel? The reason is that the image sensor is a solid-state device that is connected to a greater microelectronic system (called a smartphone!) that controls and reads image data from it. Allowing the sensor to shift without compromising these connections has proven to be a challenge.
Apple has solved this problem by placing the sensor on a flexible printed circuit (FPC) that allows it to move freely while staying connected to the rest of the smartphone. The following video illustrates the mechanism. The central dark rectangle is the backside of the image sensor, which is mounted to a small rigid printed circuit board (PCB), which is itself connected to the FPC (brassy color). The FPC is connected to the rigid PCB by two anchor points on the left and right. The arms of the FPC are able to flex, which allows the rigid PCB (and thus the image sensor) to pan and roll in the lateral plane. Further description of the Sensor-shift OIS system, along with the estimated manufacturing process and cost analysis, will be presented in the upcoming report on the iPhone 12 Pro Max Camera, stay tuned on www.systemplus.fr website. 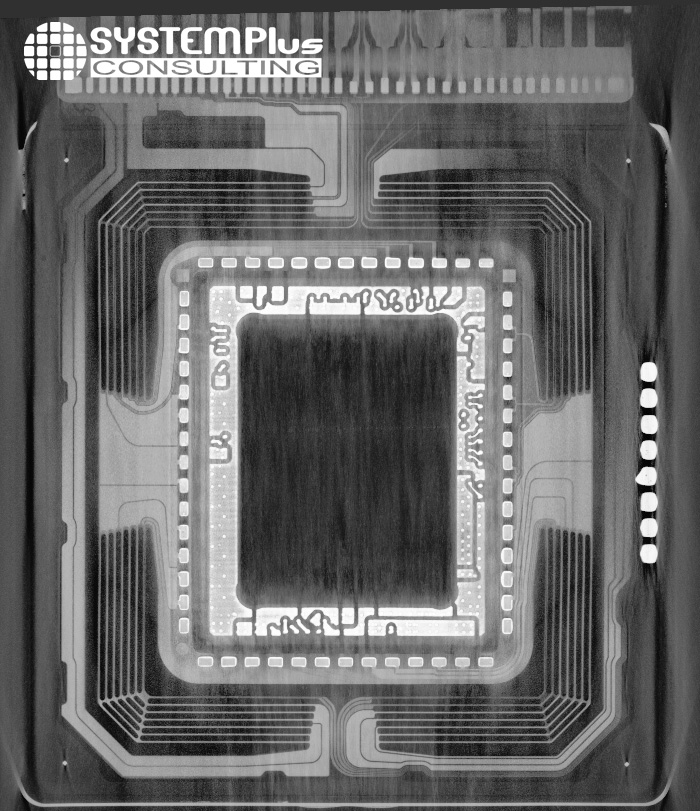 Figure 1. Computerized tomography (CT) scan slice showing the circuitry of the flexible printed circuit that makes possible Apple’s Sensor-shift OIS. The flexible printed circuit connects to the small rigid PCB by a rectangular arrangement of contact pads. One layer of the rigid PCB is also visible, as is the space where light passes to reach the image sensor, which inhabits a plane lower than this slice and so is not visible.