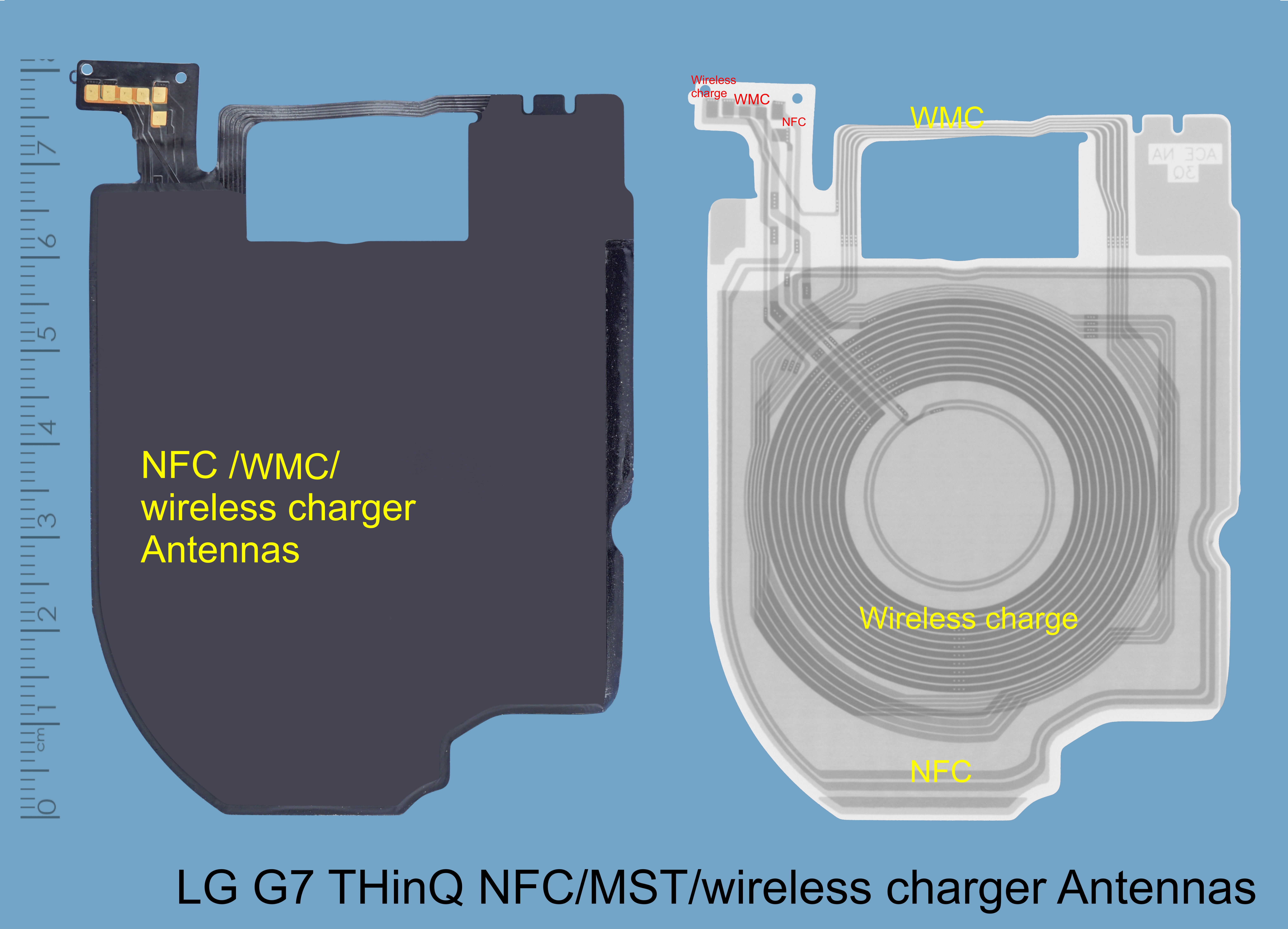 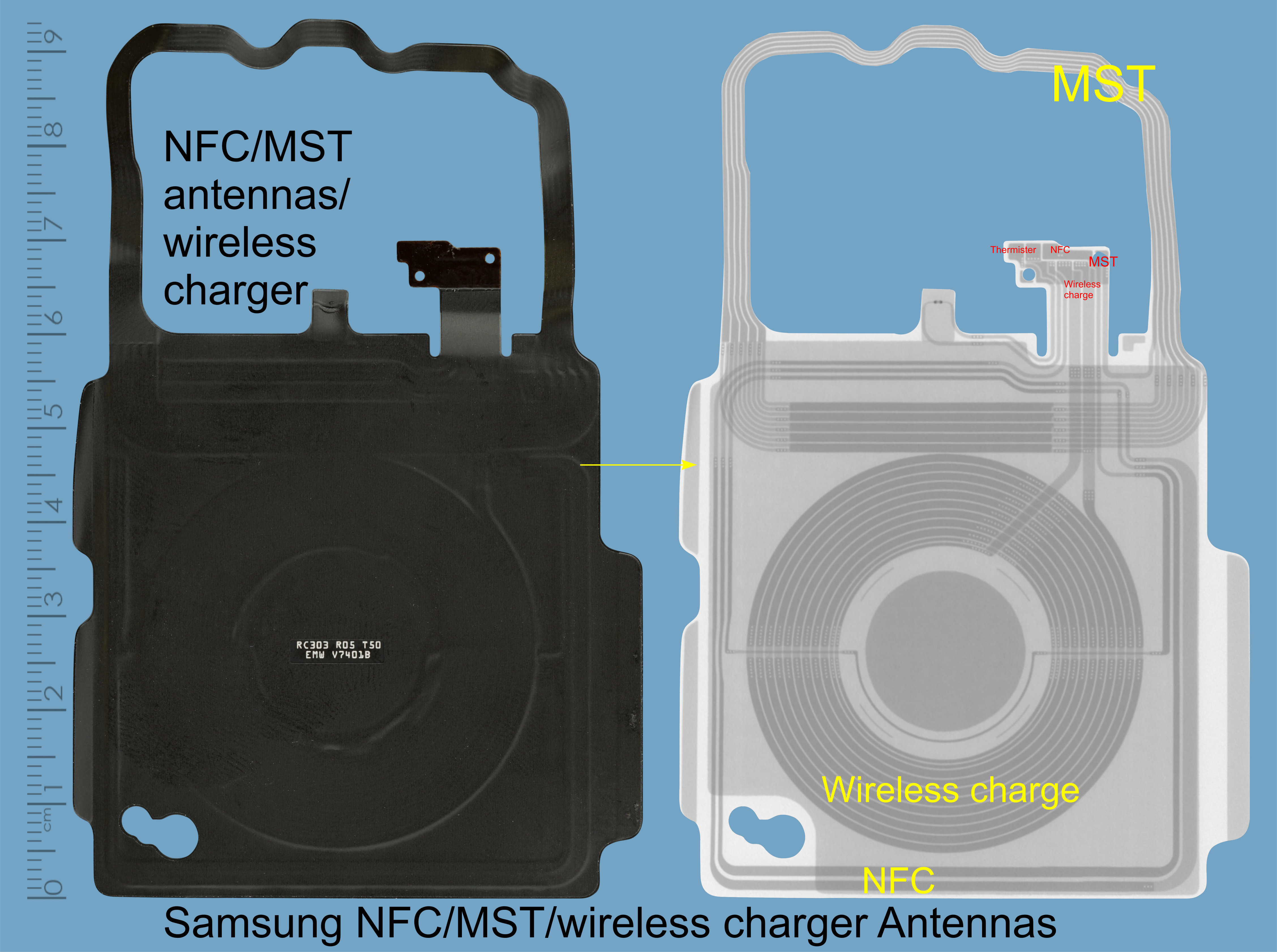 The LG G7 ThinQ is LG's introductory device utilizing their new LG Pay service. LG claims that last year’s model, the G6, was capable of handling LG Pay through a software update, but this feature never made it out of Korea. The G7 ThinQ widens the scope to include versions all over the world. The G7 features a new Magnetic Secure Transmission (MST) antenna for the first time. Notably, LG's technology has adopted the term Wireless Magnetic Communication (WMC) vs. the MST Samsung has been embedding in its products for years. WMC is a proprietary service offered by Dynamics Inc. while Samsung's MST technology is from LoopPay whom Samsung acquired in 2015. The WMC antenna in the LG G7 is incorporated into the same flex with the NFC antenna and wireless charging coil as Samsung does. TI supplies the custom driver chip (part# SN1501014) that generates the magnetic pulses through the MWC (or MST) antenna used for LG Pay transactions. The benefits or drawbacks of WMC vs. MST are not yet clear since they appear to work identically and have similar physical characteristics. The common trait that is unique to payment systems is that they do not rely on NFC. Both the WMC and MST systems simulate a physical credit card running through a card reader. These systems work with virtually any swipe style credit card reader. Apple Pay and Google Pay rely on updated card readers that incorporate a NFC reader.