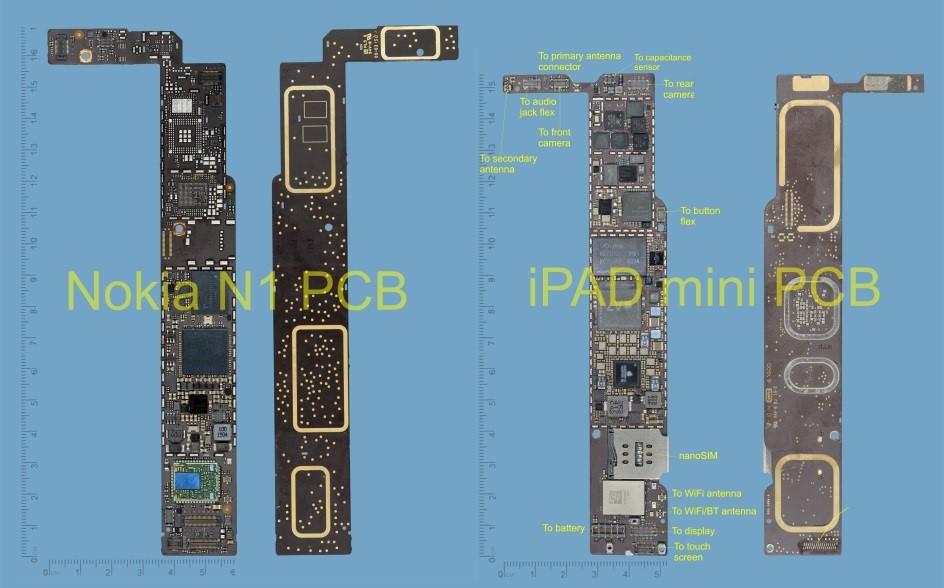 Nokia N1 looks more like Apple iPad mini than a typical Nokia device. After Microsoft purchased the mobile device group of Nokia, nobody expected to see a mobile device to come out of what remained of Nokia. The N1 tablet is the first device produced by the remnant company. One of the amazing discoveries found inside the N1 is its similarities to the Apple iPad—PCB material and layout, housing design, and more. Although the mechanical design (including PCB materials and layout) look familiar, the specific components do not. Nokia N1 uses an Intel processor whereas the Apple iPad mini uses a custom Apple processor. However, both Nokia and Apple use Broadcom for their connectivity solution but use different variants.